Hello my name is Nicki Fry and I would like to tell you about some exciting things that have happened for me this year.

Firstly my friend Taryn that I have known since we were both about 2 years old, came to our house last year and told me she was getting married.  I was so happy for her.  Then she said would you like to be one of my bridesmaids?  I said yes I would love too (my Mum cried).  The wedding was going to be in April and she would let us know all the details.

Then I had to have my four wisdom teeth out. I had to go to hospital and have them out while I was asleep.  My cousin Leonie has a dental practice (Diamond Dental in Wantirna), where we go for our check-ups, so she arranged it all for me and made sure they looked after me.  I was very anxious before the operation so they gave me a tablet to help me calm down.  I had to get dressed into a hospital gown and I was cold so they gave me a nice warm blanket.  I was taken to the operating room and I don’t remember anything more until I came back to the room with a bandage wrapped around my head and some small icepacks on my cheeks.  It all went very well and I didn’t have any bruising and only a little bit of swelling, which was just as well because it was two weeks before the wedding. 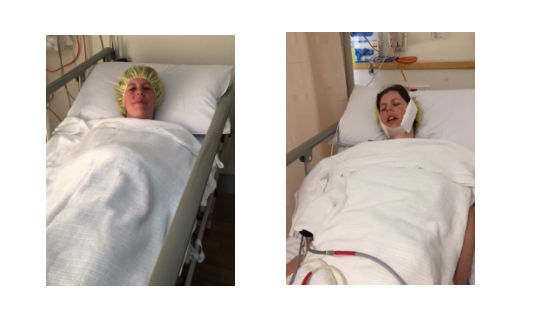 Taryn had four bridesmaids and we got together for makeup trials, dress shopping it was so much fun.  We also had a bridal shower and played games, she also had a Hens Night but I decided not to go to that.  On the day of the wedding my mum drove me to Taryn’s mums house where we were to have our hair and makeup done.  Taryn gave us all special gifts, a silk dressing gown each, hanging on a coat hanger with our names printed on it, jewellery to wear and pins for our hair.  We had lunch together and had lots of fun.  We then all got dressed and had lots of pictures taken, they live in Belgrave, near the Puffing Billy so we had pictures taken there. 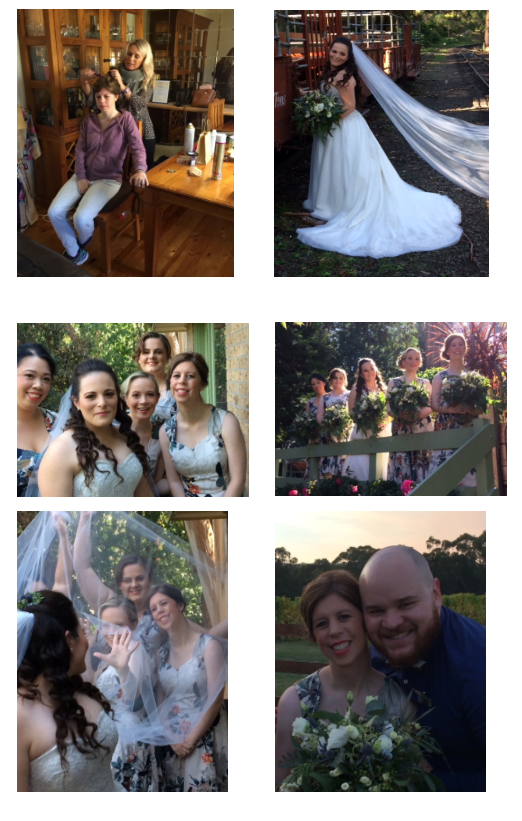 Daniel was my partner for the day and he was a really nice.  We had a lovely time at the wedding lots of dancing and nice food.  Taryn and her husband made speeches and then left for their honeymoon. They went to Europe for four weeks and had a great time.

Then in May, Mum Dad and I all went to Bali for two weeks holiday.  We stayed in a Villa, and I had a big room with a King Size bed.  We had people come every morning to make us breakfast, whatever we wanted, we just had to let them know the night before what we would like.  We had our own private swimming pool.  My Aunty and her friend were also in Bali for a couple of days at the beginning of our holiday trip, so we went for a walk to see if we could find their resort.   We found it and stayed the afternoon with them, they then came and had a BBQ dinner at our Villa the next night.  We did lots of walking and I got blisters on my heels.  The weather was really hot and I got a heat rash, but it cleared up, but I also got eczema.   We had massages nearly every day, and ate out at different restaurant.  I did a little bit of shopping, but I didn’t like arguing about prices.  On the last day, mum and I went and had another massage and a facial and then had our hair washed, and dried, the ladies were so nice.

I have had a really exciting couple of months and I thought I would share it with you.